In Memoriam: Remember Those We Lost in 2020 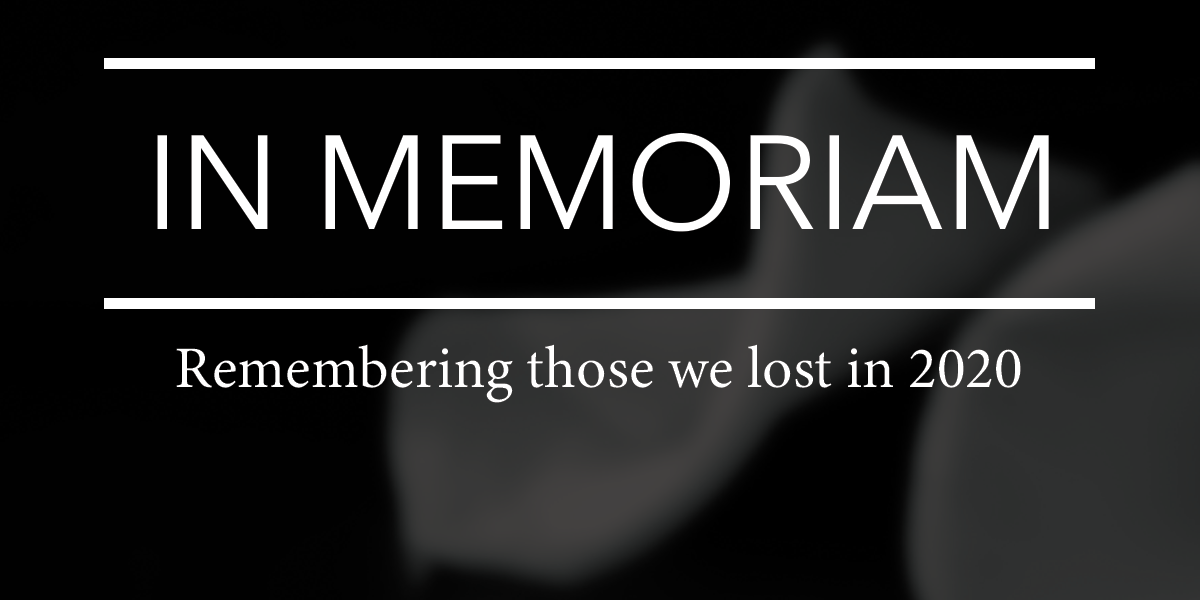 Please help us honor and remember the following individuals from our CEDA Community that we lost in 2020.

Wolfgang Rosenstiel
1954 –2020
Sometime during 1980, I met Wolfgang Rosenstiel. He was a student of Computer Science at the University of Karlsruhe (KIT). During the next 40 years, we worked together at times, we met at numerous conferences and workshops, we visited each other regularly, and above all, we became good friends. He was a person with an extraordinary capacity for work with a contagiously positive and optimistic outlook, an excellent researcher and teacher, involved in many aspects of our profession.

During the 80's, Electronic Design Automation (EDA) established itself as a growing business, and as transistor counts for chips surpassed one million, logic synthesis became the way to design digital circuits. Research on and infrastructure to design chips were frantically being developed, also in Europe. Wolfgang was in the middle of it all. His Ph.D. was on the synthesis of data-flow circuits, part of high-level synthesis, then considered the next wave after logic synthesis.

At the FZI, a computer science research organization in Karlsruhe, he participated in the German project aimed at establishing an infrastructure to design chips in academia (EIS, "Entwurf Integrierter Schaltungen") and in the "Eurochip" project with similar goals on a European scale. Wolfgang was also a driving force behind CADDY (Carlsruhe Digital Design sYstem) and DSL (Digital Specification Language), both products of the early research on high-level synthesis in Karlsruhe. Later, he advocated for the establishment of SystemC as a system-level language for virtual prototyping. As Wolfgang broadened his interests, he proposed a highly reliable coarse-grained reconfigurable computer architecture. He also proposed a system-on-chip platform that can autonomously adapt to changing operating conditions.

Wolfgang went on to become one of the most prominent researchers in electronic design automation in Europe. He published extensively and had a brilliant academic career. He became a full professor at the department of computer engineering of the University of Tübingen in 1990. He stayed as a director of the FZI, having to commute occasionally between Tübingen and Karlsruhe. He was appointed Dean of the Faculty of Science in 2010. His research interests naturally broadened, including computer architecture, embedded systems, parallel systems, multimedia, and neural nets.

Since the early 1990s, Wolfgang did very forward-looking research on optimized machine learning techniques in various technical and medical applications, such as intelligent prosthesis control and brain-computer interfaces. Wolfgang caused international attention with his interdisciplinary research on invasive and non-invasive Brain-Computer Interfaces (BCI), obtaining the highly renowned ERC Advanced Grant in 2009.  Recently he had been researching the optimization of human-machine interaction, paving the way for today's fastest BCI and opening up application fields such as the rehabilitation of stroke patients and the mental workload recognition.

He served the profession assiduously; examples include the general chair of EuroDAC and DATE (Design and Test in Europe), editor in chief of the Springer Journal "Design Automation for Embedded Systems" and chairman of the German Edacentrum.

I continued seeing Wolfgang regularly during the 90s and 00s. He would attend the Design Automation Conference (DAC) every year and spend several weeks at the University of California, Irvine. I think he toyed with the idea of moving to California, but his German roots and his extensive professional activities in Europe ultimately prevented that. As the Dean of the faculty of science, his professional commitments made traveling more difficult. I saw him the last time in October 2018 in Germany; he was as busy as ever.

May he rest in peace. We will miss him.

Liu was born in Guagnzhou, China in 1934 and then moved to Macau with his mother and brothers to seek refuge from the Sino-Japanese War. In 1952, Liu came to Taiwan to pursue his university education at Tainan College of Engineering (the forerunner of National Cheng Kung University, NCKU). He received his B.S. degree in 1956 and then served as a 2nd lieutenant in the army for two years.

Liu started his graduate study at Massachusetts Institute of Technology (MIT) in 1958 and received his M.S. and Sc.D. in computer science both in 1960. During 1960-1972, Liu was on the MIT faculty, first as an assistant professor and later as an associate professor. In 1972, Liu joined the University of Illinois at Urbana-Champaign (UIUC) as a professor, where he was Associate Provost of UIUC 1995-1998.

Liu returned to Taiwan and became President of National Tsing Hua University (NTHU) 1998-2002. During his tenure, Liu significantly improved and expanded the campus, and raised the academic standing of the university. Liu’s leadership was widely recognized by the academia and the whole society at large, and he was held in high esteem and loved by students, staff, and faculty members.

In 2000, Liu was elected as a member of Academia Sinica, the highest honor of Taiwan’s academic society. He was also a fellow of the ACM and the IEEE.

Liu was also an exceptional educator and the Ph.D. advisor of many renowned scholars, including Andrew Chi-Chih Yao (Turing Award Winner), Martin Wong (Dean of the College of Engineering, Chinese University of Hong Kong), and Jingsheng Jason Cong (Member of U.S. National Academy of Engineering). He received the IEEE Education Medal, the Taylor L. Booth Education Award from the IEEE Computer Society, and the Karl V. Karlstrom Education Award from the ACM.

Besides research and education, Liu also greatly influenced the development of the microelectronic industry in Taiwan. He became the Chairman of TrendFoce Corp in 2000 and served on the boards of many major Taiwan-based technology companies, such as Accton, Geothings, Faraday, FET, Macronix, MediaTek, MTI, Powerchip, UBI Pharma, and UMC.

In 2005, Liu started hosting “I Love to Talk and You Love to Laugh,” a weekly radio show produced by IC Broadcasting based in Hsinchu, Taiwan. In the past decade, Liu authored 17 books in Chinese on various subjects, including life coaching, popular sciences, etc. His humor, wisdom, and optimistic spirit inspired several generations of young scholars and students.

Liu is survived by his wife Jane W.-S. Liu, and his daughter Kathleen Liu.

An online memorial website is open at https://clliu19341025.wpcomstaging.com/. Friends are welcome to express their condolences and tributes by sharing their heartfelt thoughts on the website. Donations can be made in memory of Liu to UIUC, NTHU, and NCKU.

In Memoriam: Remember Those We Lost in 2020