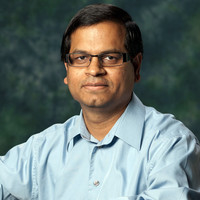 Dr. Saraju P. Mohanty is a Professor in the Department of Computer Science and Engineering (CSE), University of North Texas (UNT), Denton, TX; a Tier-One (R1) Research University as per Carnegie Classification, where he directs the Smart Electronic Systems Laboratory (SESL). He received IEEE Consumer Electronics Society Outstanding Service Award in 2020 for leadership contributions to the IEEE Consumer Electronics society. He received IEEE-CS-TCVLSI Distinguished Leadership Award in 2018 for services to the IEEE, and to the VLSI research community. He has been recognized as a IEEE Distinguished Lecturer by the Consumer Electronics Society (CESoc) during 2017-2018. He was conferred the Glorious India Award in 2017 for his exemplary contributions to the discipline. He received Society for Technical Communication (STC) 2017 Award of Merit for his outstanding contributions to IEEE Consumer Electronics Magazine. He was the recipient of 2016 PROSE Award for best Textbook in Physical Sciences & Mathematics category from the Association of American Publishers (AAP) for his book titled "Nanoelectronic Mixed-Signal System Design" published by McGraw-Hill in 2015. He was conferred 2016-17 UNT Toulouse Scholars Award for sustained excellent scholarship and teaching achievements. Prof. Mohanty's research is in "Smart Electronic Systems". Prof. Mohanty's research has been funded by many agencies including the National Science Foundation (NSF), the Semiconductor Research Corporation (SRC), the US Air Force, the IUSSTF, and the Mission Innovation. Dr. Mohanty is an inventor of 4 US patents. Prof. Mohanty is an author of 300 peer-reviewed articles and 4 books. His Google Scholar h-index is 35 and i10-index is 126 with 5000+ citations. He has received 11 best paper awards. He has delivered 9 keynotes and served on 5 panels at various International Conferences.

Prof. Mohanty has been serving on the Board of Governors (BoG) of the IEEE Consumer Electronics Society. Prof. Mohanty has been serving on the editorial board of several peer-reviewed international transactions/journals, including IEEE Transactions on Consumer Electronics (TCE), IEEE Transactions on Big Data (TBD), IEEE Transactions on Computer-Aided Design of Integrated Circuits and Systems (TCAD), and ACM Journal on Emerging Technologies in Computing Systems (JETC). He is currently the Editor-in-Chief (EiC) of the IEEE Consumer Electronics Magazine (CEM). He served as a founding Editor-in-Chief (EiC) of the VLSI Circuits and Systems Letter (VCAL) during 2015-2018. Prof. Mohanty served as the Chair of Technical Committee on Very Large Scale Integration (TCVLSI), IEEE Computer Society (IEEE-CS) during 2014-2018 to oversee a dozen of IEEE conferences. He serves on the steering, organizing, and program committees of several international conferences. He is the founding steering committee chair for the IEEE International Symposium on Smart Electronic Systems (iSES), steering committee vice-chair of the IEEE-CS Symposium on VLSI (ISVLSI), and steering committee vice-chair of the OITS International Conference on Information Technology (ICIT). Prof. Mohanty is the Conference Chair of ICCE 2018, the flagship Conference of IEEE CE Society, which is co-located with International Consumer Electronics Show (CES) as its research/education component; CES is the world's largest CE show with 3,800 exhibiting companies, 300 conference sessions and more than 165,000 attendees from 150 countries.

Prof. Mohanty has supervised 11 Ph.D. dissertations and 26 M.S. theses. Ten of his advisees have received outstanding students/alumni awards at UNT. The students are very well placed in the industry and academia. He has received Honors Day recognition as an inspirational faculty at UNT for multiple years. He has also received UNT Provost’s Thank a Teacher recognition for multiple years.

Prof. Mohanty obtained a Ph.D. in Computer Science and Engineering (CSE) in 2003, from the University of South Florida (USF), Tampa, a top-tier institution that ranks among the top Universities in the USA and the world. His Masters degree in Systems Science and Automation (currently rebranded as Masters in Artificial Intelligence) is from the highest ranked research institute from India, the Indian Institute of Science (IISc), Bengaluru, in 1999. He obtained a Bachelors degree with Honors in Electrical Engineering from the top-ranked Government Engineering College of the state of Odisha, the College of Engineering and Technology at Bhubaneswar (CETB), Orissa University of Agriculture and Technology (OUAT), Bhubaneswar, India, in 1995. He is considered a notable alumnus of all the schools that he attended for his undegraduate and graduate studies. He was conferred with the President’s Scout Award by the Honorable President of India in 1988.