﻿﻿Digital technologies have risen to prominence as a critical determinant of economic growth, national security, healthcare delivery, and international competitiveness in our society's digital economy. Electronic design automation (EDA) and computer-aided design (CAD), which are the essence of IEEE TRANSACTIONS ON COMPUTER-AIDED DESIGN OF INTEGRATED CIRCUITS AND SYSTEMS (TCAD), are at the core of digital technologies. Thus, TCAD needs to be a technical publication representing a diverse community. It spreads across a wide range of core technical areas involved in digital technologies, and it internationally covers all regions of the IEEE.

In addition, in the coming years, TCAD needs to reinforce its position and mission statement as a premier venue for research in new exciting areas, such as artificial intelligence (AI) and Machine Learning (ML) based design and optimization methodologies or quantum-based electronics. Moreover, the evolution of TCAD's focus implies revising the Editorial Board (EB) to include rising-star researchers in these new areas. This revision must enhance gender balance and increase background diversity, which is part of the social standpoint that TCAD must target.

Consequently, I take on the role of new TCAD Editor-in-Chief (EiC) with humility and targeting to enable TCAD to develop the points I mentioned above, including a broad view of this evolving community and its shared goals and aspirations. In particular, I will focus in my period as EiC on three topics to improve the visibility and recognition of TCAD in the community.

First, I will target to reduce the current backlog in TCAD publications. Despite the great work done in the last years, the current backlog of accepted papers in TCAD to become finally published by IEEE is more than a few months, which is consequently too high in our fast pace world today. Therefore, I will look into this matter and opportunities to make publications in TCAD faster. In particular, often, key ideas start from conferences and conclude in top journals, such as TCAD, as the final terminal overview publication of the whole idea. Therefore, I will target to create stronger links with top conferences to publish their top articles directly, often already complete ideas within TCAD's core technical areas.

Second, I will target consolidating TCAD's technical focus to cover key emerging technical areas. In the last five years, we have seen the emergence of crucial concepts and technologies driving technical development in many scientific areas, such as using ML/DL for system design and optimization, or the emergence of quantum and nanotechnology-based computing systems. Also, new application fields, such as autonomous systems (drones, cars, etc.), intelligent cyber-physical systems, and Industry 4.0, wearables, etc., require more complex co-design and optimization methodologies, where EDA and CAD concepts are essential. Thus, TCAD should be the core publication venue for such concepts and technologies.

Third, I will improve the gender balance and diversity of our Editorial Board. In the last years, a substantial effort was done to broaden the background and geographical distribution of the TCAD Editorial Board members. However, there is still much room for improvement, particularly on gender balance. In fact, at the end of the previous EiC period, a small number of Associate Editors (less than 20%) were women, and no women member is included in the advisory board, TCAD's Editor-at-Large Board. Therefore, one of my key priorities is to continue improving diversity and reducing the gender imbalance in the Editorial Board.

Finally, as we transition to the new Editorial Board of TCAD, I would like to express my great appreciation to the outgoing EiC, Rajesh Gupta, for his dedication that has strictly made TCAD a truly high-impact journal of our community. I am also thankful to all AEs and the entire editorial team who offered their excellent services over the past years. Luis M. Silveira, our former VP Publications at IEEE Council on Electronic Design Automation, has done a fantastic job supporting TCAD's development for many years. Many thanks to Sara Dailey for her continuous service during decades as a journal's managing editor. I am really grateful to be able to count on her experience in this period as EiC. Thanks to her, the brand new Deputy EiC, Ayse K. Coskun, that has accepted to embark on this challenge with me, and the new Editorial Board, I am convinced we will build an even stronger TCAD journal to serve our community! 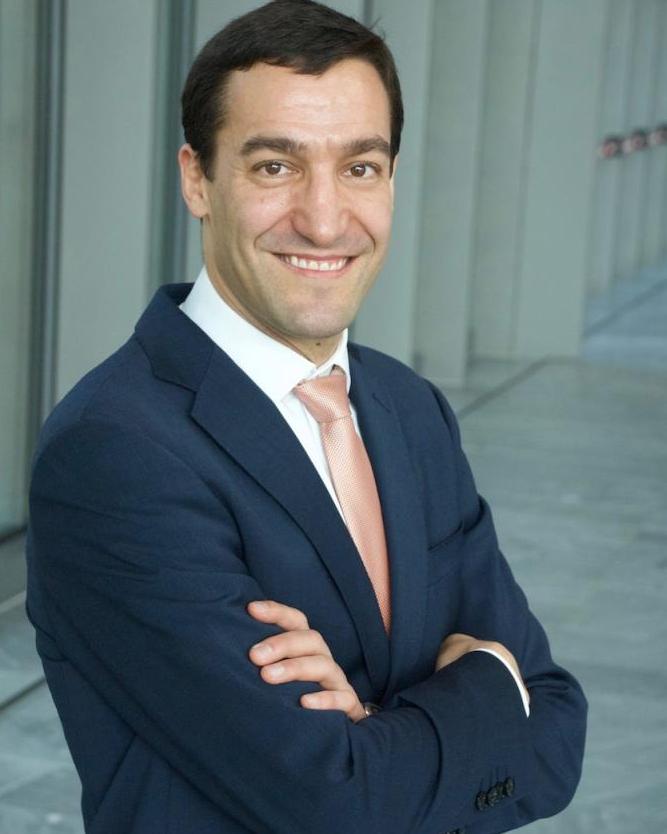 David Atienza Alonso received his MSc and PhD degrees in Computer Science and Engineering from Complutense Univ. of Madrid (UCM), Spain, and IMEC, Belgium, in 2001 and 2005. Currently, he is an associate professor of electrical and computer engineering, and head of the Embedded Systems Laboratory (ESL) at the Swiss Federal Institute of Technology Lausanne (EPFL), Switzerland. His research interests include system-level design methodologies for high-performance multi-processor system-on-chip (MPSoC) and low-power Internet-of-Things (IoT) systems, including new 2-D/3-D thermal-aware design for MPSoCs and many-core servers, ultra-low power system architectures for wireless body sensor nodes and edge computing, HW/SW reconfigurable systems, dynamic memory optimizations, and network-on-chip design. He is a co-author of more than 250 publications in peer-reviewed international journals and conferences, several book chapters, and eight U.S. patents in these fields. He has earned several best paper awards and he is (or has been) an Associate Editor of IEEE TC, IEEE D&T, IEEE T-TCAD, IEEE T-SUSC and Elsevier Integration. He was the Technical Programme Chair of IEEE/ACM DATE 2015 and General Programme Chair of IEEE/ACM DATE 2017. Dr. Atienza received the DAC Under-40 Innovators Award in 2018, the IEEE TCCPS Mid-Career Award in 2018, an ERC Consolidator Grant in 2016, the IEEE CEDA Early Career Award in 2013, the ACM SIGDA Outstanding New Faculty Award in 2012, and a Faculty Award from Sun Labs at Oracle in 2011. He is an IEEE Fellow and an ACM Distinguished Member.