To honor a person or persons for an outstanding technical contribution within the scope of electronic design automation, as evidenced by a paper published at least ten years before the presentation of the award.

A. Richard Newton, one of the foremost pioneers and leaders of the EDA field, passed away on January 2, 2007, of pancreatic cancer at the age of 55.

A. Richard Newton was professor and dean of the College of Engineering at the University of California, Berkeley. Newton was educated at the University of Melbourne and received his bachelor’s degree in 1973 and his master’s degree in 1975. In the early 1970’s he began to work on SPICE, a simulation program initially developed by Larry Nagel and Donald Pederson to analyze and design complex electronic circuitry with speed and accuracy. In 1978, Newton earned his Ph.D. in electrical engineering and computer sciences from UC Berkeley.

For his research and entrepreneurial contributions to the electronic design automation industry, he was awarded the 2003 Phil Kaufman Award, the highest recognition for contributions to the EDA field. In 2004, he was named a member of the National Academy of Engineering, and in 2006, of the American Academy of Arts and Sciences. He was a member of the Association for Computing Machinery and a fellow of the Institute of Electrical and Electronics Engineers.

The deadline for submitting nominations for the award year is February 1 of that same year.

Nomination Form:
Nominate for this Award 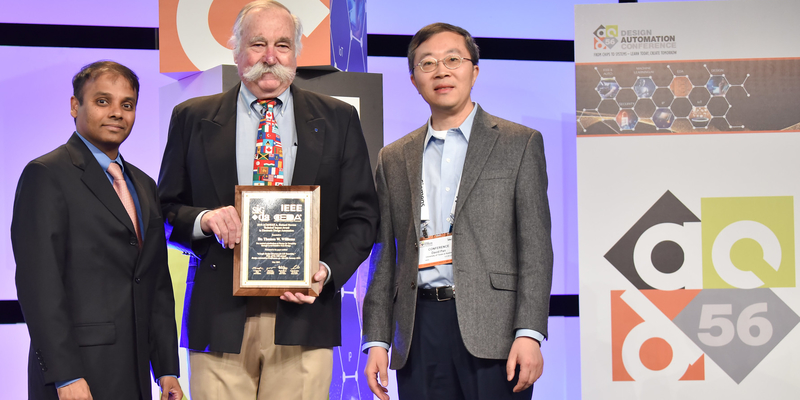 For advancing the theory and implementation of model order reduction for efficient circuit analysis via dominant pole/zero methods.

For pioneering work on technology mapping for FPGA (field-programmable gate array) that has made a significant impact on the FPGA research community and industry.

For developing Reduced Ordered Binary Decision Diagrams forming the foundation for symbolic manipulation of logic designs with broad impacts in academia and industry.