Details About the presentation 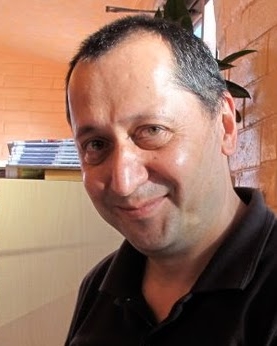 Sani R. Nassif received his Bachelors degree with Honors from the American University of Beirut in 1980, and his Masters and PhD degrees from Carnegie-Mellon University in 1981 and 1986 respectively. He then worked for ten years at Bell Laboratories in the general area of technology CAD, focusing on various aspects of design and technology coupling including device modeling, parameter extraction, worst-case analysis, design optimization and circuit simulation. While at Bell Labs, working under Larry Nagel -the original author of Spice, he led a large team in the development of an in-house circuit simulator, named Celerity, which became the main circuit simulation tool at Bell Labs. In January 1996, he joined the then newly formed IBM Austin Research Laboratory (ARL), which was founded with a specific focus on research for the support of IBM's Power computer systems. After twelve years of management, he stepped down to focus on technical work again with an emphasis on applying techniques developed in the VLSI-EDA area to IBM's Smarter Planet initiative. In January 2014 Sani founded Radyalis, a company focused on applying VLSI-EDA techniques to the field of Cancer Radiation Therapy. In October 2015, Radyalis announced that it has closed a deal with LSI software to license its flagship Monte Carlo particle therapy simulator. Sani has authored one book, many book chapters, and numerous conference and journal publications. He has delivered many tutorials at top conferences and has received Best Paper awards from TCAD, ICCAD, DAC, ISQED, ICCD and SEMICON, authored invited papers to ISSCC, IEDM, IRPS, ISLPED, HOTCHIPS, and CICC. He has given Keynote and Plenary presentations at Sasimi, ESSCIRC, BMAS, SISPAD, SEMICON, VLSI-SOC, PATMOS, NMI, ASAP, GLVLSI, TAU, and ISVLSI. He is an IEEE Fellow, was a member of the IBM Academy of Technology, a member of the ACM and the AAAS, and an IBM master inventor with more than 75 patents. Dr. Nassif was the president of the IEEE Council on EDA (CEDA) for 2014 and 2015, was the General chair of the ICCAD conference in 2008, and has served on the technical program committees of ICCAD, DAC, and other conferences. He received the Penrose award (given to one outstanding graduate from the American University of Beirut), the Distinguished Member of Technical Staff award from Bell Labs, three Research Accomplishment Awards from IBM, and the SRC Mahboob-Khan Outstanding Mentor awards from the SRC.